At this year's investors' meeting, Tesla announced the mass production of the new 21700 battery jointly developed by Tesla and Panasonic, and stressed that it was the battery with the highest energy density and the lowest cost among the mass-produced batteries. Samsung SDI also launched a new type of 21700 battery with the same specification. The global Lithium-Ion giants have turned to 21700 batteries one after another. Can the wind of model change blow 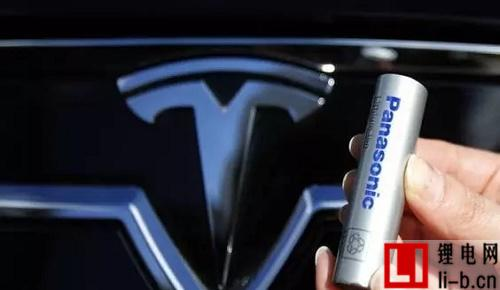 1. 18650 meets the needs of the stage and takes on the historical mission of the primary application stage of power lithium battery

3At the beginning of the development of power lithium battery, Tesla's success in adopting 18650 greatly guided the application of 18650 battery in the field of electric vehicles. 18650 battery has highly mature technology and high degree of automation. As a standardized product, the yield and consistency are guaranteed (the good rate of foreign three star enterprises is more than 98%, and the domestic market is generally more than 90%), and the cost is low (2 ah unit price) At present, China's mainstream power lithium batteries are mainly 18650 cylinders, such as foster, bicker power, Zhihang new energy, delonair, Tianpeng power, Yiwei lithium energy and other companies adopt the cylinder 18650 product technology line. However, the 18650 is limited by the volume limit, which is generally between 2.2-3.6ah. Under the current requirements for the continuous improvement of power battery energy pack energy, the space for monomer capacity improvement is limited, and the promotion progress in the future will also slow down.

1.2. Model upgrade: "thickening and lengthening" is the trend 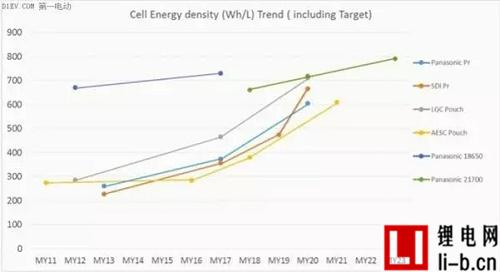 2.2. The cost of battery system will be reduced by about 9%

With the increase of monomer capacity, the number of accessories required for pack decreases in the same proportion, which leads to the decrease of pack cost. After switching from 18650 model to 21700 model, the capacity of single battery can reach 3 ~ 4.8ah, which is greatly increased by 35%. The number of batteries required under the same energy can be reduced by about 1 / 3. Tesla models electric vehicles use 7104 18650 batteries in series and parallel to form a battery pack. It is expected that the number of battery cells in the new Model3 will be greatly reduced. While reducing the difficulty of system management, the number of metal structure parts and conductive connectors used in the battery pack will be reduced in the same proportion. Tesla's pack cost accounts for about 24% of the total system cost. It is estimated that the cost of battery pack will decrease significantly.

The contribution of lightweight. Samsung mentioned that after switching to the new 21700 battery, the system can reduce the components and weight by 10% compared with the current battery. As a result, the weight of the battery pack will be further reduced, and the energy density of the whole vehicle will be partially improved.

21700 is not superior to other models in absolute performance, but the result of comprehensive balance of physical and economic properties. The increase of the physical size of the cylindrical cell not only improves the energy density, but also negatively affects the performance such as cycle life and rate. It is estimated that every 10% increase in capacity will reduce the cycle life by about 20%; the charge discharge rate will be reduced by 30 ~ 40%; at the same time, the temperature rise of the cell will be about 20%. If the size continues to increase, the security risk will be increased.

In terms of economy, the cylinder cell is improved in 18650 mature process, and the cost is controlled on the premise of ensuring the yield and consistency. If the size is too large, the safety and adaptability will be reduced, leading to the larger cylinder 26500, 32650 and other reasons can not occupy the mainstream market on a large scale.

The general production change cost of production line is low. First of all, domestic lithium battery manufacturers are in the investment period of large-scale production line construction. It is estimated that the effective capacity in this year is expected to be about 60-70gwh. The construction of short-term lithium battery capacity supply side is basically completed. The growth rate of new investment in the future will slow down. The production of foster, bicker power, Zhihang new energy, delonair, Tianpeng power, Yiwei lithium energy has been greatly expanded in recent two years The production lines of all enterprises are mainly 18650. From the point of view of stock production line, 18650 cylinder is the main column. It is more convenient for battery manufacturers to transform from the original mainstream 18650 to 21700. It is easier to switch the production line equipment from general purpose to 21700, and it will not invest too much equipment technical transformation cost and new equipment investment. So we expect a considerable growth of 21700 batteries in the future. The transformation of production line mainly involves the cutting, winding, assembly and formation of the middle and rear sections, and the mold adjustment cost for the semi-automatic line is relatively low.

Figure 4: column manufacturers only need to adjust part of the production line to transform 21700 batteries

Some 18650 battery companies in China have approved Tesla 21700 route and are also making relevant layout. If the enterprise's own strength in improving material performance through R & D is not strong, the most direct way to enhance energy density is to make large-scale vehicles to enhance energy density through physical means. Bicker, foster, Mengshi, Tianpeng and other cylindrical battery enterprises have announced that they will put into production 21700 batteries in the future capacity expansion. Among them, Lin Jian, vice president of BIC battery research and development, said that the energy of BIC 18650 battery reached 3.5 ah after mass production. The next step is to develop 21700 battery. By combining high nickel and silicon carbon, the mass production energy of 21700 battery can reach 6.0ah. More quickly, Tianpeng, foster and other companies are available. The equipment configured in Tianpeng No.2 production base produces 21700 products, and the product energy density can reach 200-240wh / kg.